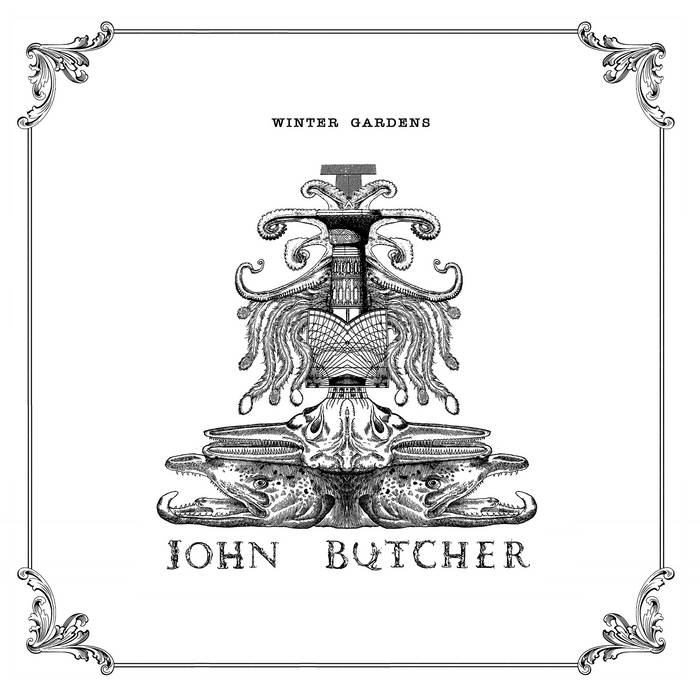 "John Butcher has a strange effect on me. I couldn’t explain why, but I perceive, more than with other sax players, his physicality. Sometimes it hurts me, I feel the breath blowing out from his lungs, scratching his trachea and drilling his throat. He’s not a man playing a saxophone. It’s a saxophone playing a man.

There is also something heroic in the way he keeps sometimes on repeating again and again the same air blast generating an act of sound (because saying note or musical phrasing would be a reductive description). He may change embouchure, intensity, length and frequency between one emission and the following, but he persists on hitting obsessively the same concept, the same structure, hammering or caressing it, annihilating his meaning until what it’s left to the listener is naked, unique and unrepeatable.

His eleventh solo release (if I am right according to his discography) opens with “Sporangia (High)” in a suffocated stream of hoarse waves overlapping each other, slowly creating the scenario for a second voice on high register to emerge, this same path disentangling then in a crescendo of recursive classical echoed trills. The atmosphere changes immediately in “Sea Cone” where Butcher, at his best, builds a rhythmic tribal structure through sudden dynamic movements of a low repeated pattern and the resonances of his acoustic gestures.

The flip side is the reflective (also in the compositional structure) “Sporangia (Low)” which sees the musician rumbling with his glottis until the single elements are melted in some new waves of sound, and then introducing passages on a low, intense register. I know this may sound like a strange description, but the part I like most is that at a certain point Butcher seems to literally bite the reed as if it would be one of this rubber toy for babies containing a whistle. And, you know what, it sounds exactly like someone biting a rubber toy with a whistle inside (maybe that is was he is doing). Whatever it is, I think that’s electrifying. “Sea Fret” closes this work in a jubilation of slap tonguing and some acute notes which a hummingbird would be proud of."