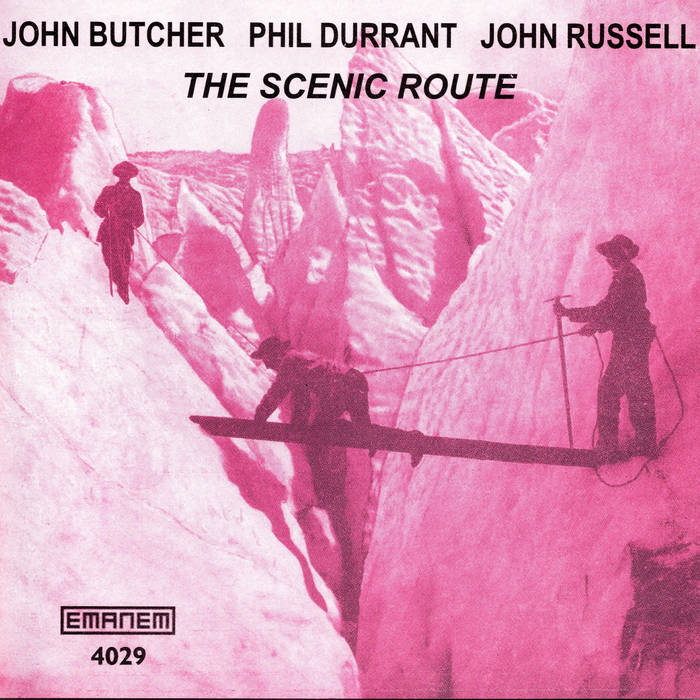 "Butcher, Durrant and Russell form one of the key free improvising trios on the London scene. Uncompromisingly committed to making the music count in the moment it’s being made, it’s good to hear them recorded so well in a live setting. The adrenaline and highly focussed concentration are almost palpable in these five, mostly long, improvisations.

Butcher is quite simply one of the most advanced saxophonists on the planet, both technically and aesthetically. You can hear many, many young players trying to use the sounds which are his stock-in-trade, with ungainly and sometimes even embarrassing results. It is by no means easy to create the controlled, thoughtful music Butcher creates using overtones, false fingerings, reed sounds, breath sounds, key noises and the rest. Butcher’s improvisation really is spontaneous composition, too, because he gives careful weight to every idea, making a compelling argument out of his music rather than moving from episode to episode as so many improvisors are wont to do.

Durrant compliments Butcher well, and it’s no surprise that these two are often found playing together in a variety of groupings. Unlike many players, Durrant seems to have completely abandoned the idea that group improvisation is some kind of competition. Instead of trying to be the profoundest, most dazzling or, if all else fails, loudest member of the group, Durrant works with Butcher to create true group interplay. That’s why he’s often overlooked as a player — it is quite possible to see him play nothing but a few quiet, bowed notes in a whole piece. Understated where he needs to be — but not shy of his instrument either — Durrant is a great partner for Butcher and, what’s more, they seem to understand one another perfectly.

Russell, by contrast, plays guitar as if he’s never seen one before in his life, as if he were exploring its potential for making sounds all the time. Eschewing conventional technique almost entirely (much more than either of his partners does), he scratches, rattles and clicks through his music. This is hard to follow at first, but his contribution soon shows itself to be most valuable. Working much like a percussionist, he nevertheless avoids trying to punch home accents (there aren’t any, really) and goes for pure texture. The result — and especially his work with Durrant — is surprising and successful.

This is an excellent session of undiluted British free improv by some of the best in the business (if you can call it a business, that is). Listeners who are unfamiliar with the work of any of these players, or with the genre as a whole, are encouraged to start here. Initiates will already know that this will have to go on their shopping lists without delay."