The Geometry of Sentiment 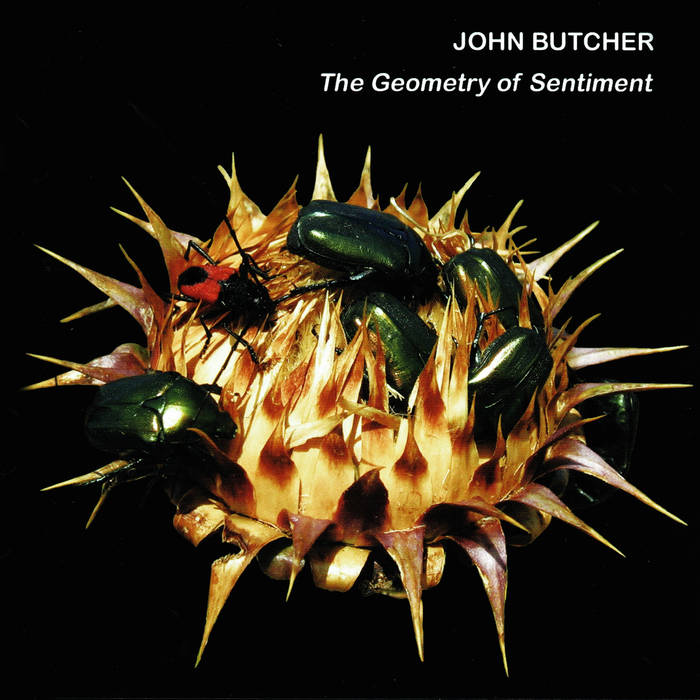 You No Form He demonstrates so well what can be done with the environmental acoustics affecting the horn, or not even blowing into it to get sounds (thanks for that playing tip, John) The most intimate sax album I've heard . . .

Original CD released on Emanem in 2007.
Live recordings (2004-6) going from inside the Japanese Oya Stone Mountain to the giant Oberhausen Gazometer - via intimate clubs in London and Paris.

"A new John Butcher solo album always sends a shiver of anticipation down the spine. Given Butcher's impressive track record as a solo explorer, any new release is sure to contain stimulating, exciting music. And so it proves here.

The two opening tracks were recorded on a return visit to Japan's Oya Stone Museum, the vast resonant space created by stone mining. On the first, Butcher plays with (in both senses) the echoes. Subtly varying their tone and attack, he allows time between his deliberate, measured phrases for the echoes to be heard—literally, playing with himself. Then, he is suddenly into a rapid-fire barrage of notes—sustained by circular breathing—that allows no space to hear the echoes, a duel for dominance between the sax and its own reflection. Butcher has pioneered the use of electronics in his playing, but here none are necessary, the cavern naturally providing similar effects to those that electronics can.

Even more experimental are two tracks on which Butcher does not blow through his saxophones, instead creating feedback and then playing it with the keys of his instruments. The end results do not sound much like saxophones, having a far colder, more brittle quality. As always with feedback, it is constantly on the verge of spiraling out of control, giving the pieces an edgy feel, like walking on a tightrope. Daredevil stuff.

Strangely, one of the more conventional pieces, "But More So,"is dedicated to the very far from conventional Derek Bailey. Of course, conventional is a relative term. The track sounds conventional in the context of this album, but for most other saxophonists it would be iconoclastic. A fitting tribute to the late, great.

The concluding track again shifts the scene, but links back to the opener. Recorded in Germany, inside the disused gasometer in Oberhausen. the vast space is even more resonant than the Stone Museum, with multiple echoes and a long delay time. Again the effect is similar to those created electronically, using loops, delays and multi-tracking. Butcher again demonstrates masterly restraint, enabling his playing to be enhanced by the acoustics, but also allowing the space to be heard to dramatic effect. He is playing the space even more than he is playing the sax. One could almost be inside that gasometer, so immediate is the sound."

All About Jazz - John Eyles.