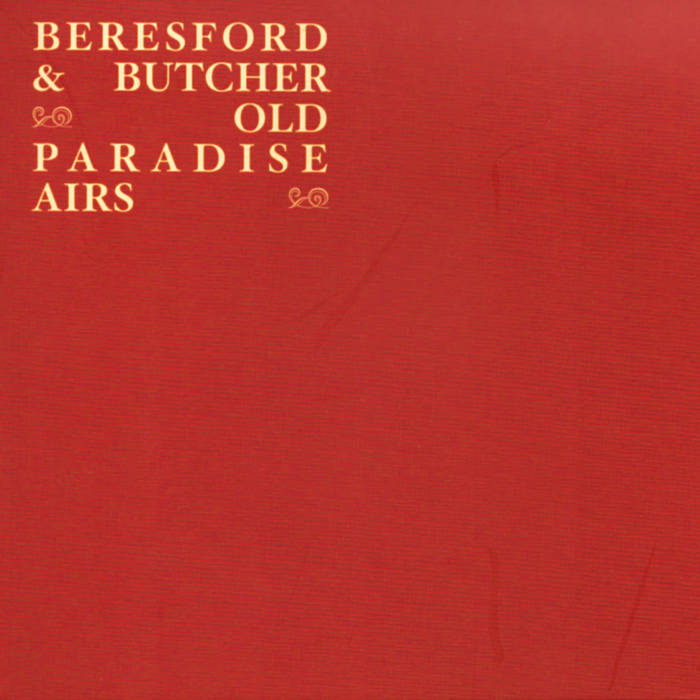 "The particular joy of this music resides in its invention and its relative quiet. There’s something about the pairing of a piano and a woodwind that suggests the traditional recital, though here Steve Beresford plays objects as well and electronics even more, and the music itself is insistently contemporary in the sense that little music belongs so intensely to the potential of the present moment. It is a trick of memory and cognition, a recital of an absolute present, achieved in part through that accelerated pace of Butcher’s special line, literally at something like the speed of mind."
FREE JAZZ BLOG - Stuart Broomer.

"Since emerging on the London scene in the early 1980s, British saxophonist John Butcher has developed a unique approach which melds a staggeringly detailed command of multiphonics, timbre, and overblowing with an overarching sense of musicality. He employs a litany of jittery trills, gruff honks which abrade into distortion, grasshopper stridulations, circular breathed quacks, and parping plosives which stretches the definition of what an acoustic instrument can achieve.

Old Paradise Airs reunites Butcher with Steve Beresford. Although frequent collaborators, remarkably this live recording from Iklektic, represents their first appearance as a duet on disc.
Beresford plays electronics as well as the perhaps to be expected piano, but also utilizes a panoply of implements from which he teases an enormous variety of sounds. Mouth organ rubs shoulders with sine waves, gurgling plumbing sonorities with piano preparations. But while creatively impulsive, he still somehow conveys focus.

Beresford establishes the sonic signature for each cut, leaving Butcher with the challenge of how to respond to the oblique and continually changing attacks. You have to marvel at their inventiveness."
Point of Departure - John Sharpe