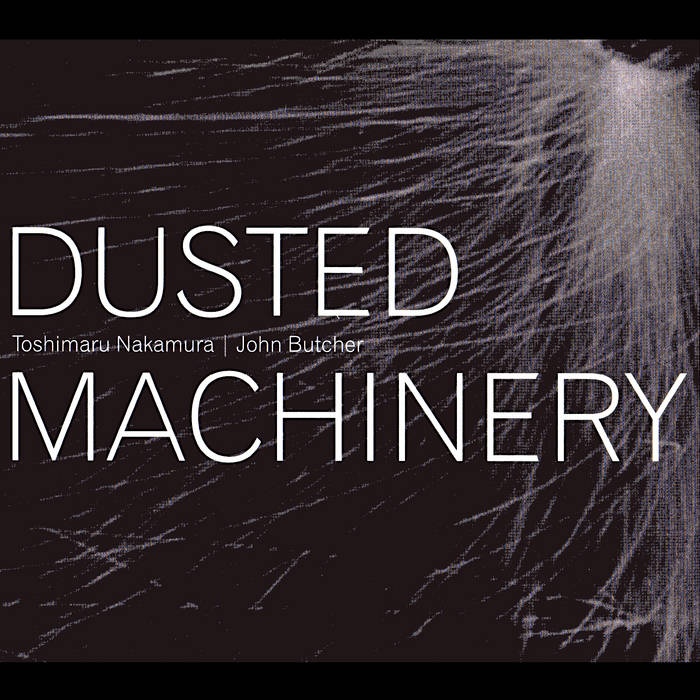 Recorded in 2009, the original CD was released on Monotype.

"Seven years ago, saxophone wizard John Butcher and no-input mixing board specialist Nakamura recorded their first performance together at Tokyo's Super Deluxe. After spending time as part of a David Sylvian project, the pair decided to hit a London studio in 2009. What results are these four powerful, surprising, and at times gorgeous tracks.

"Leaven" unfurls through the breathiest and most gentle analogue susurrus, with a faint, flinty whine coiling in its midst. Taking his cue from a minor crackle, Butcher deftly looses a crackling, gurgling, controlled soprano slur before tightly wound overtones summon some irruptive Nakamura bursts. Harsh, crying soprano scrapings jockey with some very boisterous mixing board language, from buffeting static to a huge speaker-rattling thrum, rising to conclude with a cacophony of laser coils, metal animals bleating, and speaker cones ripping.

Following such bracing and violent music, Butcher opens the tenor feature "Maku" with flutter tongue mastery and controlled embouchure to conjure up a fulsome, vibratory layer of sound that seems to rise up to the limits of your listening space to create a pressurized atmosphere. In the middle of the piece, there are so many gorgeously stacked tones that it's like an early music chorale for heated, singing metal.
Following this, Butcher and Nakamura dial things back into a spacious passage populated sparsely by little flickers, a modest keypad flourish, harsh appliance failure, and a long processed and flanged gurgle.

The second soprano piece "Knead" is a by contrast a real rager, like a Kevin Drumm piece accompanied by mechanical geese.
And the feedback sax piece "Nobasu" is extraordinary, shifting between crumbling static and the most elegant sculpted head-cleansing tones. Especially compelling is a marvelous passage where Nakamura revs up a mid-range analog sound like a motor, joined almost seamlessly by Butcher before yet another swooningly gorgeous chorale effect.
Dusted Machinery is compact, elegant, and filled with wonder."