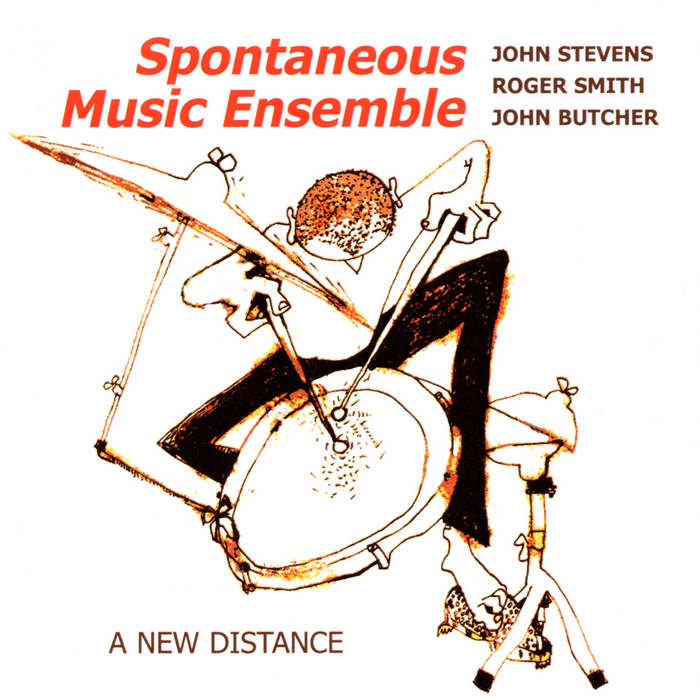 "Best described in a 1980 lecture by Evan Parker as "atomistic" music, the SME aesthetic is certainly not limited to the detached "serialist" taps, trills and pointalisms of post-Webernian dialogue; in fact, the group vocabulary can shift intergesturally with surprising speed and jaw-dropping drama from sparse interjections to passages of all-encompassing inter-registral drone.
The two-volume "Quintessence", featuring Derek Bailey and Evan Parker in a 1973 SME formation, is a perfect starting point for the uninitiated, not to mention one of the most beautiful improv sets I've heard.

"A New Distance" isn't far behind, due in large part to the multi-timbral saxophone wizardry of John Butcher, who'd joined the group two years earlier, and to Roger Smith's hushed but poignant guitar work. Communication often seems telepathic, and "Tape Delight" presents a nice way into this unit's M.O. Stevens does not so much play as rustle, breathe and clatter, and his "SME kit" of various percussion instruments is in full effect here, as is his pocket trumpet during several wonderfully droney passages.

There are breathtaking moments of rapport, a two-note motive stated by one and immediately bandied back by the other, or a flowingly sustained Butcher tone complimented by Smith's rhythmically plucked exclamations. "Stig" presents these devices en mass and on a larger scale. Particularly noteworthy is Butcher's use of multiphonics, a technique he does not merely employ but transcends, sometimes getting four and five notes out in a single controlled utterance and at a prodigious rate.

Keeping Stevens' spoken intro to "Stig" was a wise decision, and this reissue adds more of his trademark observations, delivered in a disarmingly frank but lecturing manner. These give the music, some of the last SME recorded before Stevens' death in September of 1994, the philosophical support and clarity with which it was infused from its conception. It is clear that the bitterness Stevens expresses at "the direction that society's gone in" did not dim the joy he derived from musical interaction. Joy and energy abound throughout the disc, sometimes peppered with moments of absurdity, such as the end of "Stig" where I'd swear his drum kit falls over. This is wonderful music and a fitting conclusion to a long and innovative legacy."